Almost 500 people, including 322 survivors of sexual violence, participated in the launch of the survivor movement in Central African Republic. The national branch of the Global Survivor Network fights against the use of rape as a weapon of war. 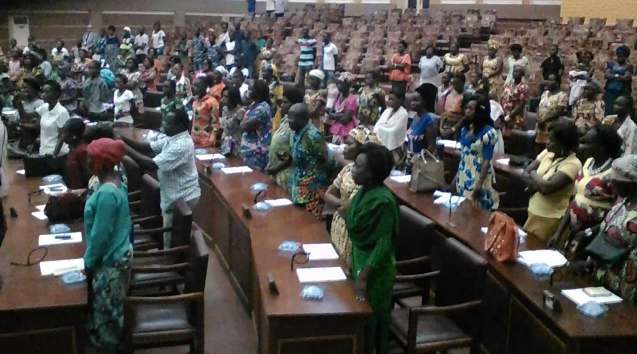 On the 10th of December 2018, exactly seventy years after the United Nations adopted the Universal Declaration of Human Rights in 1948, survivors of sexual violence in Central African Republic publicly launched their survivor movement – called MOSUCA, or the Mouvement des Survivantes de Violences Sexuelles en Centrafrique (the Movement of Survivors of Sexual Violence in the Central African Republic).

Central African Republic has experienced several periods of political instability and conflict since gaining independence in 1960, most recently the conflict between Séléka and Anti-Balaka militias, which began in 2012 and is still ongoing. Rape has been used as a weapon of war by both parties during the conflict to terrorise and punish civilians and victims, who number in the tens of thousands.

As a result, survivors decided to break the silence and unite their voices in a movement to fight against the use of sexual violence in their country. This passionate group seeks to prevent new generations of women, girls, but also men and boys, from suffering similar atrocities. MOSUCA was founded in October 2018 after a workshop in Bangui organised by the Mukwege Foundation, following the success of a similar survivor movement in DRC.

In order to garner the attention of the public and shed light on the still ongoing issue of sexual violence in the Central African Republic, MOSUCA was publicly launched at the National Parliament in Bangui in front of almost 500 attendees, including parliamentarians, representatives from MINUSCA (the UN peacekeeping mission to the Central African Republic), from several embassies, from the National Police, as well as different women’s groups. 322 survivors of sexual violence were also present, and several gave testimonies in front of the group.

During their speeches in front of the parliament, the survivors sent a very strong message that there should be zero tolerance for the impunity of perpetrators of sexual violence. Ms. Bernadette Sayo, a survivor and coordinator of MOSUCA, explained: “the slowness of justice is yet another crime for victims of sexual violence related to armed conflict.”

The slowness of justice is yet another crime for victims of sexual violence.
Bernadette Sayo, survivor and coordinator of MOSUCA 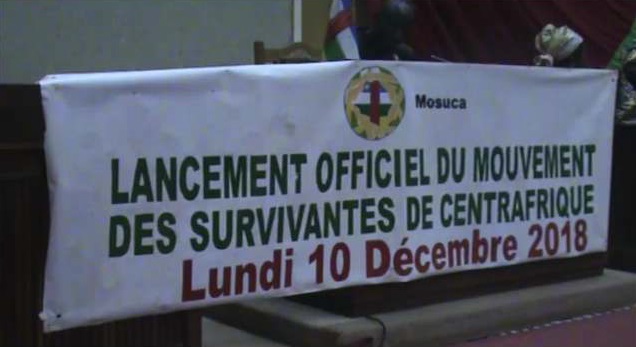 Read more about the Global Survivor Network
Our partners