including rape, gang rape, penetration with objects or weapons, sexual slavery, forced pregnancy or abortion, forced marriage, sexual torture, and a host of other horrific abuses designed to humiliate and destroy the sexual identity and autonomy of the victim.

Beyond injury and disease, the psychological and social impacts of humiliation and shame are corrosive for victims and their communities alike. Victims are typically excluded from their families and communities, and children born of rape face lifelong stigmatisation and rejection.  Moreover, communities and authorities fail to hold perpetrators to account, preferring to maintain the status quo, enabling impunity and fueling a downward spiral of abuses.

Brutal sexual violence committed in conflict settings is also connected with an increase in all forms of gender-based violence. Domestic violence, child marriage, and sexual exploitation are all exacerbated in humanitarian settings for many reasons, from family separation, to food insecurity and the impunity of perpetrators. Rape and sexual assault are also committed out of individual opportunism in a lawless context.

It is used against women and girls, but also against men and boys by armed forces, rebel groups and terrorist organisations.

Rape and other forms of sexual violence occur before, during and after conflict. The crimes are committed against women, men, girls or boys.

Under international law and in the work of the UN, eight different forms of conflict-related sexual violence are distinguished.

According to the UN, the link of sexual violence crimes to a conflict can be evident in the profile of the perpetrators, when they are members of an army, terrorist or rebel group; in the profile of the victims, when they are targeted because of their political, ethnic or religious affiliation; or by the circumstances in which sexual violence occurs, for example the collapse of the state.

Sexual violence does not stop when the conflict ends.

Armed militias may demobilise or be incorporated in the regular army, but often continue to commit crimes for as long as lawlessness persists. Sometimes entire generations are brought up to believe sexual violence is a common part of life, or that it is the norm. Sexual violence is deeply rooted in a society’s gender norms which determine what society expects of women and men, their roles, privileges and limitations. Gender inequality exists in all societies, also prior to conflict and displacement. In fragile or humanitarian settings, it becomes a fertile ground for the use of sexual violence as a weapon of war. We see sexual violence in conflict through a gendered lens. That means we understand that by ‘weaponising’ gendered roles, populations are more vulnerable to sexual violence as a weapon of war, and it is more likely that this type of violence will be committed.

“Violations of a sexual nature have long been a feature in times of conflict and peace. These violations are deeply rooted in every society, a result of patriarchal domination and lasting discrimination, and exacerbated by structural instabilities such as conflict. Understood broadly, the concept of “sexual violence” encompasses all violations of sexual autonomy and sexual integrity. It is often characterised by humiliation, domination, and destruction.”

Call It What It Is Campaign

The Mukwege Foundation is proud to be part of Call It What Is campaign initiated by Women’s Initiatives for Gender Justice.

The Call It What It Is campaign is a global initiative calling on a collective strength of civil society to give survivors of sexual violence in conflict, a voice in shaping contemporary, victim-centric and contextually relevant guidance to international criminal law practitioners on what makes violence ‘sexual.’ 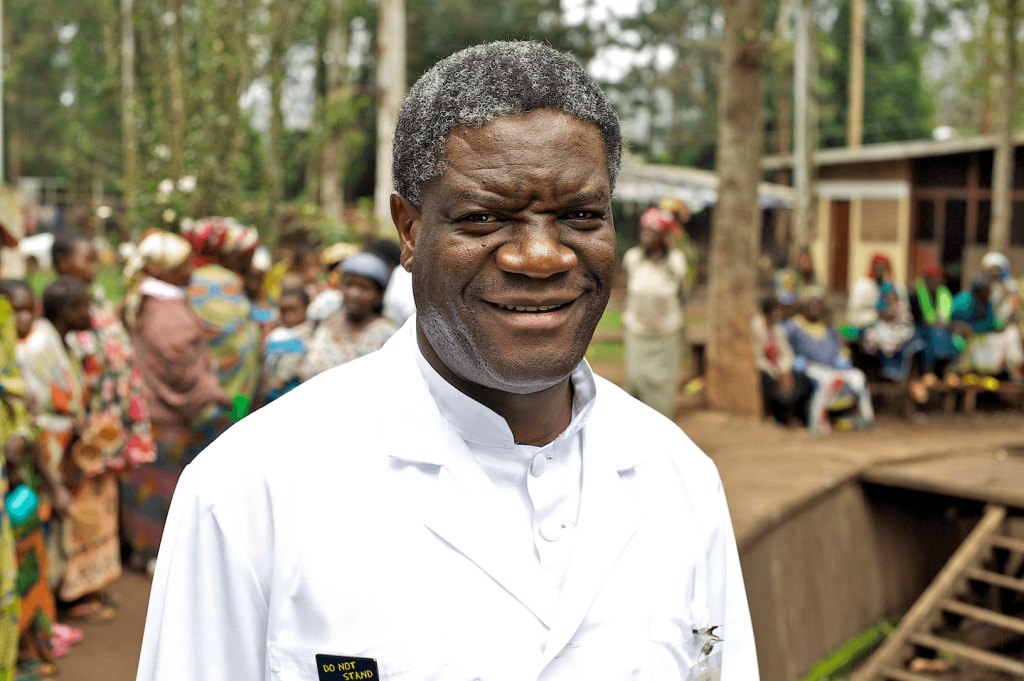 Dr Denis Mukwege is a world-renowned gynaecologist and human rights activist from east DRC. He received the Nobel Peace Prize in 2018 for his global efforts to end the use of rape as a weapon of war. Dr Mukwege founded Panzi Hospital and Foundation, and has become one of the world’s leading specialists on treating survivors of wartime sexual violence.

Get regular updates about our work, events and film screenings