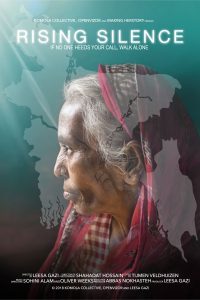 Join us in a special VIP screening of Rising Silence this August 7th.

The film Rising Silence documents the lives of Bangladeshi women who, among thousands of others, suffered brutal sexual violence in the Liberation War of Bangladesh in 1971. That conflict remains one of the first recorded cases of rape used as a weapon of war in the twentieth century. The women in the film give their accounts of the horrific acts of cruelty, violence and humiliation. They speak of witnessing their children and husbands murdered and mutilated.

We could dismiss their accounts as isolated incidences of a forgotten war in a distant land, committed almost 50 years ago. The problem is that the same pattern of sexual violence and rape continues to be used in armed conflicts today. There are two present-day conflicts in particular in which rape as a weapon of war is endemic, the Rohingya conflict in Burma and South Sudan.

Human Rights Watch reports of gang rapes of Rohingya women by the Burmese military, “Rape has been a prominent and devastating feature of the Burmese military’s campaign of ethnic cleansing against the Rohingya.” In Sudan, the same pattern of rape and unspeakable sexual violence has been used for years.

How women have dealt with the emotional trauma of sexual violence and social stigma can be seen in Rising Silence. The relevance of this documentary is apparent as women continue to bear the brunt of sexual violence in armed conflicts to this day.

The Birangona or “Courageous women” of Bangladesh are dying. Soon they will not be around to tell their stories. We must not let them be forgotten. 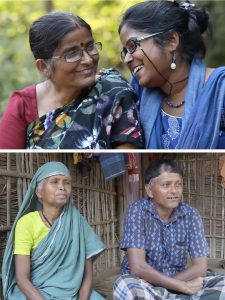